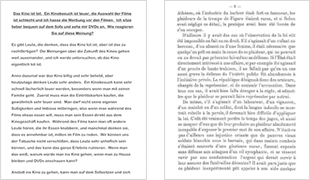 Jackson was elected in 1828. He removed the Indians to the West by force. Even before his inauguration as a president, Georgia and Mississippi passed laws extending their jurisdiction over the Indians within their borders. Georgia and Alabama made it illegal for Indians to testify against any white man.

I. The election of Jackson
A. The laws against the Indians
B. The Creeks and Cherokees

II. The consequences of the Civil War
A. The Sioux uprising
B. Conflict between western and eastern tribes 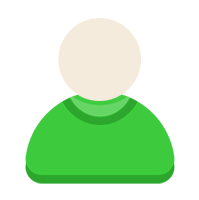 [...] To help those Indians assimilate the Government decided to provide schools to teach them the blessing of Christian church agriculture, language and mechanical skills) This peace policy did not work any better than previous strategies (cf : the removal force violence, exclusive strategies . ) Whites continued to take Indian lands and encroached on the reservations. The government also failed to provide the promised foods and blankets (couverture). The efforts to christianize the Indians offended their religious sensibilities. The bureau of Indians Affairs created by this commission became a hot bed of corruption. The commissioners of Indian affairs and his agents used money for Indian supplies for personal purpose. It created a major frustration among Indians. [...]


[...] Removed the Indians to the West by force. Even before his inauguration as a president, Georgia and Mississippi passed laws extending their jurisdiction over the Indians within their borders. Georgia and Alabama made it illegal for Indians to testify against any white man. As a president, he sent a signal to Indians that the Federal Government was helpless to interfere within state laws. Their only remedy was to remove West. Congress passed a legislation in that sense (1830) Mississippi : The Indian government was abolished in 1830. [...]


[...] The Cherokees won a clear victory in 32 when the Supreme Court stated: « the Cherokee nation then is a distinct community occupying its own territory with boundaries accurately described and which the citizens of Georgia have no right to enter ». The Supreme Court had no means to enforce the law, and the president of the US, Jackson, advised the states to continue its persecution of the Cherokees until ultimately they removed. Those who refused to quit under the pressure were taken in detachment to the West. Out of 18.000 Indians died on the journey. [...]


[...] They were nationalist. The Republicans believed in the integration of all racial and ethnic elements in mainstream America. The Indian question became central to American internal affairs. The debates about the Indians divided America into Easterners convinced that the solution was a peace policy and Westerners who believed that Washington D.C. was too weak and too lax to put down the Indian threat. There was a very serious conflict opposing two parts in America. Conflict in the philosophy; politics, diplomacy. [...]


[...] The traders inflated Indian debts. Whites depleted their lands. The money for 1862 was delayed. Supplies were stored and not distributed. Under the leadership of little Crow, Indians attacked settlers and killed hundreds of Americans. Until reinforcements arrived, Sioux reservations were wiped off the map of the US. California became a new heaven for the immigrants. The passage to the West also meant the extinction of the farming frontiers. The Civil War converted the last West (acquired after the Louisiana purchase) into a battleground between Indians and Whites. [...]